I received a message this morning from Whatsapp that Nintendo is going to be discontinuing Club Nintendo in September this year. Back in 2002, UK Nintendo owners could join up to VIP 24:7, which changed it’s name to it’s Japanese, Club Nintendo, in 2007. Nintendo included codes in their games and consoles, when submitted to the Club Nintendo site you earn points, these points could then be redeemed for things like games, Wii Shop points and merchandise. I managed to get myself a Zelda Bonus disc, and I got a copy of the Game & Watch collection on the DS from Vipp. He was awesome to give me his spare copy!

Here is what the statement says. END_OF_DOCUMENT_TOKEN_TO_BE_REPLACED

Many thanks to Vipp from RetroGaming RoundUp as he gave me his spare copy of the Club Nintendo exclusive Game & Watch Collection for DS. So I sent him a game on Steam, and I received this in the post a few days later! 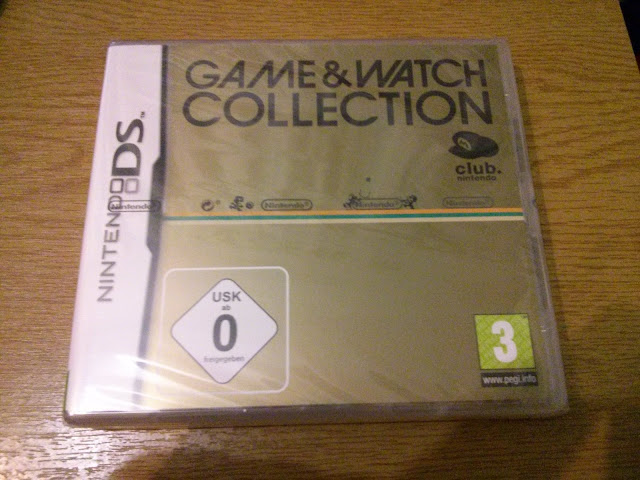 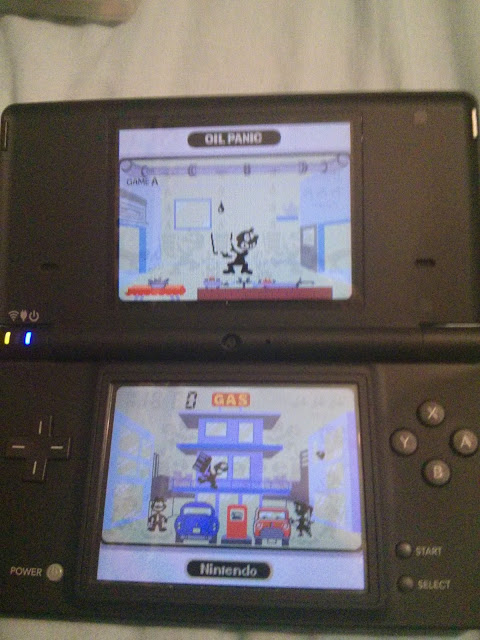 Oil Panic is the first game in the collection, and it’s a simple game that plays a lot like Activision’s Kaboom on the Atari 2600. However, it’s not as simple as Kaboom. Not only do you have to catch droplets of flammable oil falling onto a stove at a petrol station (do they really have kitchens at petrol stations?), but you bucket can only hold three units of oil, and once you have filled your bucket, you have to empty it by throwing it out the window and into your college’s bucket (who you don’t control) outside below you on the bottom screen, who is aimlessly walking left and right and not being any real help to you. It’s an OK game, maybe a little bit too simple, but enjoyable non the less, I found out a trick where you don’t have to fill the bucket all the way before you go and empty it. In fact, sometimes it’s better to empty the bucket when you only have two units of oil inside. It’s a good game on the collection, but it’s not the best. 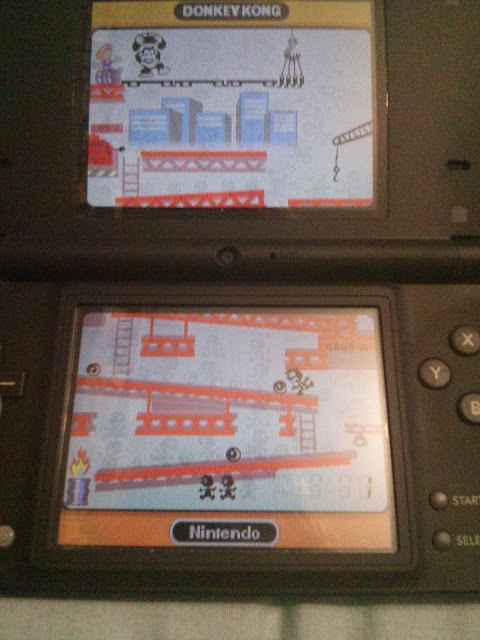 Next we have Donkey Kong. Well, I own Donkey Kong on the Game & Watch in physical form, so an emulation of it isn’t going to excite me too much. But for those who never played it before, here’s the gameplay. The game itself plays a bit like the arcade, with barrels heading for you, but what makes this different to the arcade game is that there are now moving suspended girders that pass by on the bottom screen where if Mario hits his head on it, you lose a life. Taking out Donkey Kong himself is a little different too as he’s standing on a platform suspended by four hooks that can be removed when Mario grabs a different hook from another crane to remove one of the hooks holding up DK’s platform. Remove all four hooks, and DK falls over and injures himself that cost 30 points.
You can read more about this on a previous blog post where I talk about the physical version of the game. 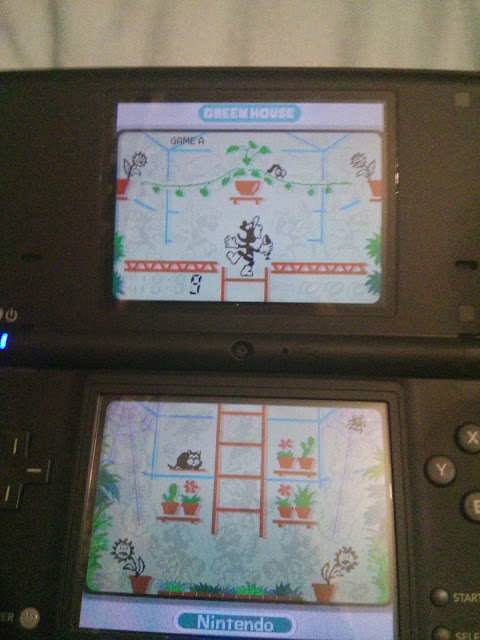 Finally we have Green House, the only game I haven’t played before I played this collection. I’ll have to say, out of all the games in this collection, this is my favourite. You simply play as a gardener working in a green house looking after flowers, as menacing worms and spiders appear that want to ruin your little garden. You have to protect the four flowers that appear in the four corners of the game, in this case as it’s two screens, two flowers on the lower left and right hand corners on the bottom screen, and two flowers on the upper left and right hand corners on the top screen. The worms appear on the top screen, starting from sprouting out of a plant pot, and head towards the flowers by inching across a vine. You need to climb up the ladder to the top screen, get under the worm and shoot insecticide at it to kill it before it eats the flower. The Spiders appear on the bottom screen from a web and crawl down a strand of web towards the flowers at the lower corners of the bottom screen. The Spiders are stronger against the insecticide, they move back a frame each time you shoot insecticide at them, so you have to push them back into their web, and they won’t come back out for a little while. Now the trick in this game to earn more point is to spray the insecticide just before they try to eat the flower, this will earn you 3 points instead of the typical 1 point. Do this to the spiders, not only do you earn 3 points, but you kill them out right, the insecticide works on them at close range, not long range.
Out of all the games in this collection, Green House is my favourite!
So, thanks to Vipp for giving me his spare copy of the Game & Watch Collection on the DS. It’s a good collection, though only one of the games got my seal of approval, but it’s still a great little compilation of Game & Watch Multi Screen games. The emulation of the games are pretty good, though you’re not going to get those smooth LCD sprites on the DS’s low resolution screen. The sound, well it’s a Game and Watch collection, the most sound you’re going to get are bleeps and bloops, you’re not really going to get a full blown symphony out of this, but the sound does what it has to do, and does it well it indicate movement, when you earn points and when you lose a life. There’s an added feature in the game to treat your DS as if it’s an alarm clock just like the alarm feature on the original Game & Watches, but what sucks is that it doesn’t work if you close the DS, meaning you’ll be kept awake as the glow from your DS’s screen fills your bedroom, not practical in the slightest, play the game, don’t use the alarm clock!