The greatest piece of gaming material I possess is my Game & Watch Multi screen Donkey Kong! Not only do I have this complete, with it’s battery cover in place, but it’s a historic piece of video game history, because of it’s worlds first… 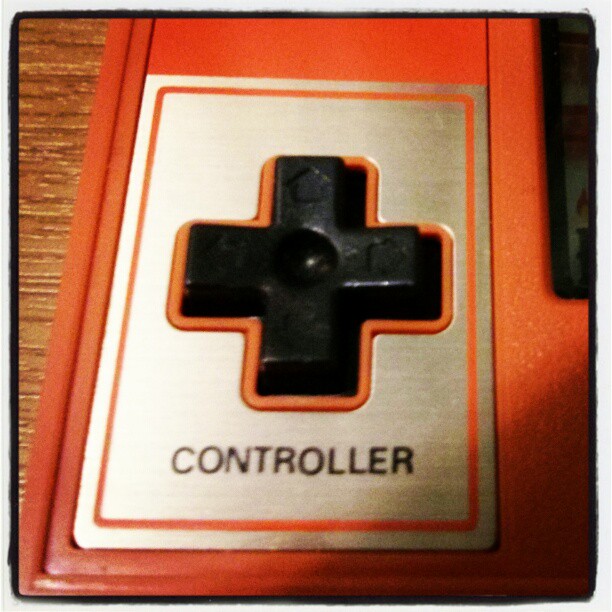 …Direction Pad!
Yes, Nintendo created the first direction pad, and it was used first on the Game & Watch Multi Screen Donkey Kong.
That and the Multi Screen series of Game & Watches would be the inspiration towards Nintendo’s DS portable console! 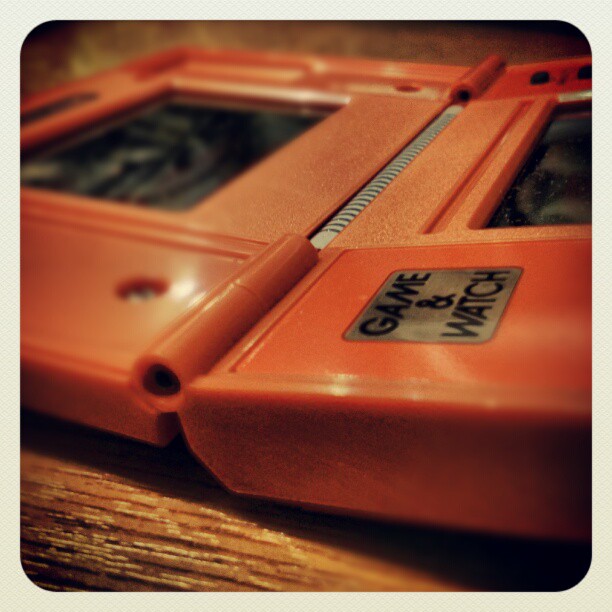 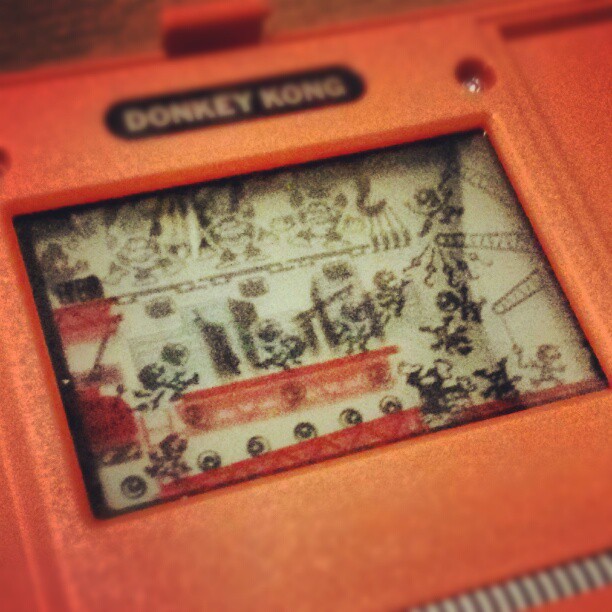 When you install a pair of LR44 button cell batteries into a Game & Watch, the LCD screen does this, where it shows all the LCD on the screen until you press the Game or Time. 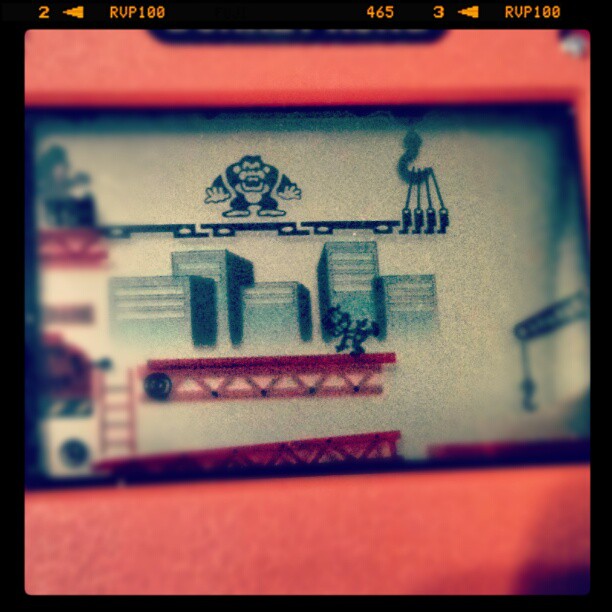 The game itself is Donkey Kong, but it plays a little different to it’s arcade predecessor. There are no hammers, you can get hurt from suspended girders, and Donkey Kong himself is standing on a platform raised with hooks. 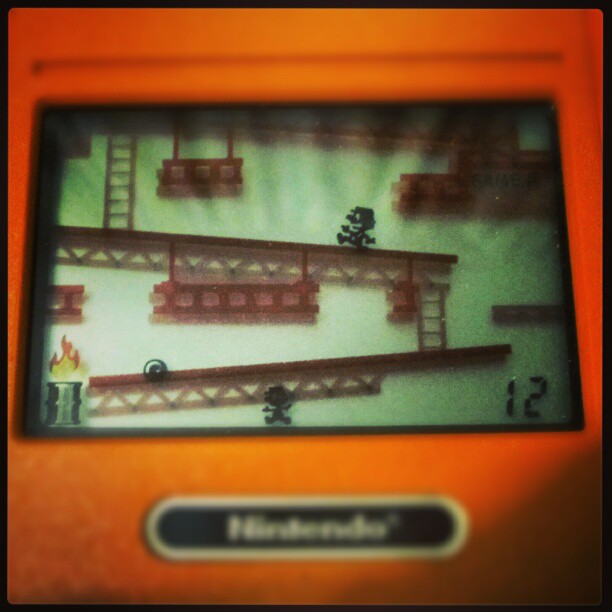 The bottom screen, shown above here, plays pretty much like the original Donkey Kong, where you’re jumping over rolling barrels, but something new in this game are suspended girders that move from right to left just above Mario’s head on the second platform. If Mario jumps under one of these girders, he hurts his head and loses a life. 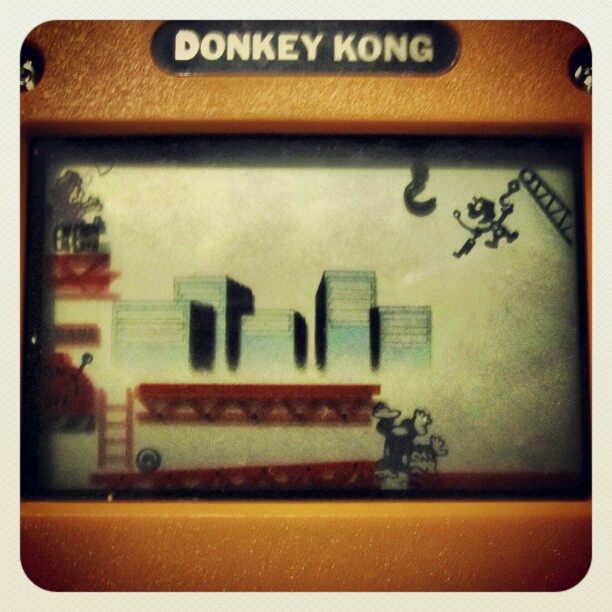 Fighting DK is a bit different, just as you enter the top you have to press left on the directional pad to activate a swing that raises a crane with a swinging hook on it. In a kind of Pitfall style, you have to time the jump right to reach the hook, whilst avoiding barrels been thrown at you and than grab another hook that’s holding up DK’s platform. There are four of these hooks holding up DK’s platform, grabbing the fourth hook and making DK fall awards you with twenty point, and you keep playing the game again with DK’s platform built, and with slightly faster moving barrels.
So ok, it’s not the original Donkey Kong machine by any stretch of the imagination, and there parts of the game where you might be stuck standing in the spot jumping over a horde of barrels. But this is a piece of video game history, plus it’s better than some other Game & Watch games too. It’s a shame that Donkey Kong Multi Screen on eBay fetches for a lot of money, especially if you don’t own one. But if you do find one at a reasonable price, get it! It’s enjoyable, and a part of history, which you can tell to your children to generations to come!