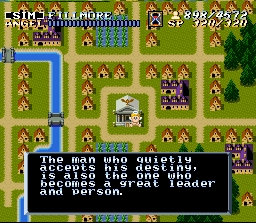 Enix’s part god sim, part platform/brawler, Actraiser, is simply a keeper on the virtual console. I remember seeing this game back in the day and wondering what it was about, remember kids, this was before the internet, and oddly I don’t recall any magazine reviews about it. It was reviewed before I got into gaming magazines back in 1991, after all it was released in 1990. But with the advent of the internet and the Wii Virtual console, I saw youtube videos and reviews of this game, so I got it, and it’s worth it. So worth it I wouldn’t mind owning a physical copy of this for my SNES!

One of my favorite Mega Drive games, GunStar Heroes, is a fantastic run and gun game that doesn’t kick you in the face like what Contra does, but does it in a way that you will still love it without insane difficulty! I love this game so much I own two copies of it on the MegaDrive, on the PS3, and the not as hot sequel on the GBA. So if you like Contra, and like the idea of mixing guns, yes you can do that in this game! Then this should be an automatic pick up for Wii owners!