Oh but that’s not all! END_OF_DOCUMENT_TOKEN_TO_BE_REPLACED E3 will be next week, and to be honest I’m not too excited about it. If there’s anything to be excited about, I don’t know about it yet. However Twitter user @9_volt88 posted a rather interesting image…

END_OF_DOCUMENT_TOKEN_TO_BE_REPLACED Now granted, that tweet is in French, but I can clearly make out the words “Ikaruga” and “Steam Green Light”. So I clicked on the link, that was all in French; if you can’t tell already I can barely read any French at all… So I shuffled through the page to see if there was a link to steam, and there it is! END_OF_DOCUMENT_TOKEN_TO_BE_REPLACED

Oh yes! With RetroRevival in a week’s time, I have to get ready to physically spam the blog as much as I can! So what’s the plan? The plan in business cards!

So yeah, I received my sample card from the printers today, and it looks awesome! Not to mention that I have a pair of shirts being printed too, though I won’t be able to see those until Wednesday. I just can’t wait for next week! 😀

Plus, if you haven’t followed my Twitter, head over to @GreatBitBlog now! 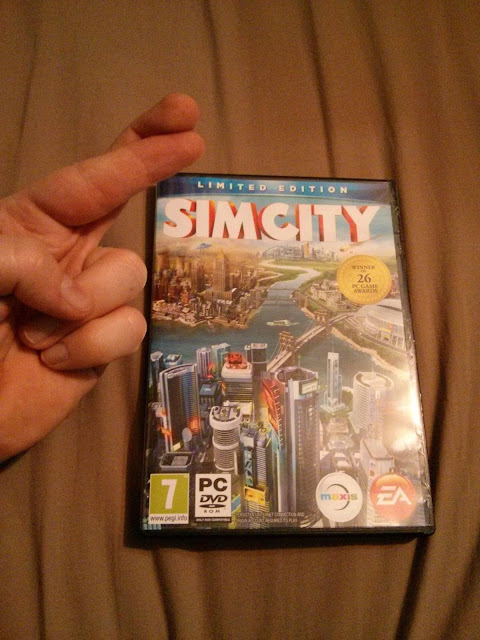 So, I just watched the PlayStation2013 conference. It was very long, and now it’s very late 1:15am!
I’ll write up some stuff tomorrow. but for the time being have a look at the tweets I wrote as I was watching it.

Intergrated gaming meaning that you’ll be able to play your games everywhere, even on your phone. #PlayStation2013 twitter.com/GreatBitBlog/s…
— Great Bit Blog (@GreatBitBlog) February 20, 2013

A game about the fantasies of a Political activitist. oh joy, we’ll be hearing about this from Alex Jones… #PlayStation2013
— Great Bit Blog (@GreatBitBlog) February 21, 2013

This creepy face to show off how many polys to expect in a PS4 game. twitter.com/GreatBitBlog/s…
— Great Bit Blog (@GreatBitBlog) February 21, 2013

Dang, I missed a chance to screen cap that, he used raisings bollards to take out a car! #WatchDogs @ubisoft #PlayStation2013
— Great Bit Blog (@GreatBitBlog) February 21, 2013

#Destiny on PS4. I guess there really is no PC version with mouse and Keyboard! @bungie #PlayStation2013 twitter.com/GreatBitBlog/s…
— Great Bit Blog (@GreatBitBlog) February 21, 2013

@gamesasylum Oh is so is last Sunday isn’t it? 😛 Come on give us a PC version! 😛 #Destiny @bungie (Waits on douchey comment back)
— Great Bit Blog (@GreatBitBlog) February 21, 2013

@majornelson That’s a very good point! They showed off the controller, but not the console… :/
— Great Bit Blog (@GreatBitBlog) February 21, 2013

@dtoid To be honest, #WatchDogs stole last year’s E3. And ironically it did it again. #FingersCrossed for a PC version of #WatchDogs
— Great Bit Blog (@GreatBitBlog) February 21, 2013

OK guys, I’m slowly running out of ideas of what to write on this blog…

Ask me questions about games…

Any suggestions of games to look into…

Send me anything to talk about right here!

So go ahead! Send me your questions right there and I might possibly write about it!

Ok, keeping this Sunday Blog small, I’m not going to do big blogs, or even blog at all on Sundays from now. But I’ll use this as an announcement that I have a Twitter account for GreatBigBlog.

Passionate gamer who likes to blog about his love for gaming!
Now you can keep up with me on Twitter! So add me now!