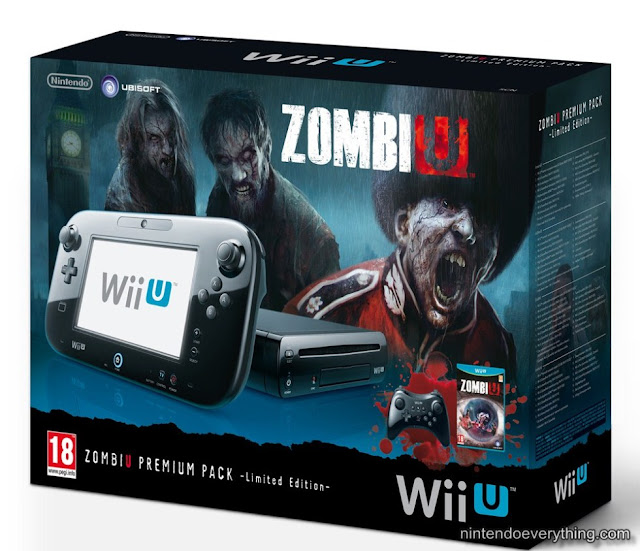 Christmas has come and past. In that duration of family time spent eating food, drinking booze, and playing the greatest game of dice to steal my other cousin’s presents! I had a real go of spending some time on my youngest cousin’s Wii U console that he received from his Mum.

He got himself three games, Nintendo Land, New Super Mario Bros U, and ZombieU. First things first, as expected, after reading a billion articles about it from launch day, my cousin was whining about the big update that was required to start the system, however we were all occupied trying to help my Aunt out with the cooking that it wasn’t so much of a problem, in fact we took the controller stand into the kitchen and sat the game pad on the kitchen counter so that we could glance at it to see so far it got to updating. This took about 30 mins or so, a crazy amount of time for a console update, but it was fortunate that at the time we were busy, so it wasn’t a huge issue for us.

After doing the preparation on the cooking, the Wii U was waiting for us, and we popped New Super Mario Bros U into the system, and well, it’s New Super Mario Bros, but it’s in HD, finally. It was fun playing it with my cousins at the time, but it really is just the same game as the three games before it, which is kinda bad considering that between 1985 and 2007, almost every other Mario game was different to the next (OK OK, I know that the Japanese Super Mario Bros 2 was just a harder version of Mario1, but in the west we didn’t see it until the SNES days). Since 2007 and the present, there’s only been one original Mario game, Super Mario Land 3D. Which is pretty sad to be honest since I would love to see an Original Mario title for the Wii U in the same way that Mario 64 got me when I was 13. Still, I have to remember that the Game Cube and the Wii wasn’t released with a real Mario game, and even if this is simply a game play clone of another Mario game, it’s still a Mario game that got released with the system. The one thing I did get to check out was the ability to play the game on the GamePad, out the room where the Wii U was set up. This was kinda cool as I took it downstairs and could still play the game, the reception was pretty good, though there was a part of the kitchen and dining room that we couldn’t get reception in, but in the living room it was loud, clear and responsive. From spending that little bit of time actually playing a game on the GamePad, I got to see the video quality. As I expected, it’s not super duper HD like what you’d get on an HDTV, but it’s what I’d like to call “Watching an HD video on Youtube” quality. There’s a little bit of artifaction, and a tiny bit of colour bleed, but you’d have to be one of those lonely fools at your Christmas College Alumni dinners who’s complaining about how one method of video encoding is better than the other, and before you say it, no it wasn’t me, I was trying to toxicate myself with alcohol. All that being said, about being able to play on the pad is pretty cool, but it’s not really worth the £300 price tag!

Zombie U, or what little I played of it, as my cousins kept stopping me when I attempted to play the single player campaign, so all that I got to play was the multiplayer game. I knew that the game itself was a single player affair, but to my cousins they use the typical Xbox 360 logic of “If game = FPS, then FPS has multiplayer mode like every other FPS”. Which in this case it doesn’t, the multiplayer on Zombie is a bit tacked on, a bit like what they did with Bioshock 2, but this multiplayer is a little different than your typical FPS death match or capture the flag, well, those modes are on there, but the difference is that player 2 uses the gamepad to populate the map with zombies. Each zombie is worth an amount of virus which you slowly earn back, or gain quickly if your zombies hurt the player 1. There are 3 different zombies to start with, the guard, as it’s describes, it stand in a place and only attacks when the player approaches it. The Hunter, a Zombie that will keep on chasing after the player, and a grunt, which you use in the capture the flag mode so that Player 2 on the gamepad earns flags. To be honest, being player 2 on this is a little better then playing as the guy in the game, for starters you’re really slow, and you can’t keep the run button held down because your character will run out of breath. As my cousins played this together, one cousin would scream that he has to press a button to pick boxes up from the ground to get ammo and stuff and wishes it played more like a Call of Duty… Again, I’d hate to think that these fools though that it was a Left 4 Dead game, at least I’m more informed about this game than they are. The only way I could really give an opinion about this game was if I had a chance to play the single player game, as it’s simply an FPS version of Dark Souls set in London, infected with zombies. Sounds great, but we HAD to play together, and the system wasn’t mine fortunately, I’m not paying £300 for one of these.

The there’s Nintendo Land, where I barely had a chance to play it, all I got to play was a mini game where once you collect coins from one game, you put it into a pachinko like machine where you play what I can only describe as 8-bit Peggle! You shoot a coin as if it’s a pachinko ball bearing, and you have to put a coin in each of the holes at the bottom. The idea being you can’t land a coin in the same hole, you have to get a coin in each hole to than earn a question mark block that places an item in the Nintendo Land park.

In conclusion, it’s a little better actually having more time to play with the system, but I will still agree, even when they announced it, the price is too damn high. I mean sure there’s a controller with a screen in it. But with the games that came out and the long updates, it’s not worth the £300 price tag. The Wii U just feels like it was rushed to make it out before Christmas. The beauty about the original Wii was that it was cheap, had descent games at launch, despite no Mario game, at least there was a Zelda game, and it was a lot more “involved” than the Wii U. The system itself feels more like a system concentrated around the single player experience rather than the multiplayer, even though the modes were there, my cousins and I really wanted to use the Gamepad rather than look at the screen, which was pretty dull. In essence, the Wii-U needs to grow a bit before it’ll become popular. It needs more games and more media exposure before it’ll have the same kind of popularity that the system before had, and hopefully as it’s now on par with the 360 and PS3, hopefully people won’t find it has an excuse to throw poorly developed games on to it, I’m looking at you Ubisoft! Even if you did make ZombieU, you released all those terrible pet games on the Wii, so I’m keeping a good damn eye on you!