OK, here’s a section I’m going to introduce, “Return to the Review”, this is where I pull out a review I wrote back a few years a go. So here’s a review for XBox Live Arcade’s Galaga Legions.

Galaga was one game that I remember when I was very small, and to hear that it would get a proper sequel sound awesome considering that all the other versions of this game were just ports or remakes of the classic arcade game. 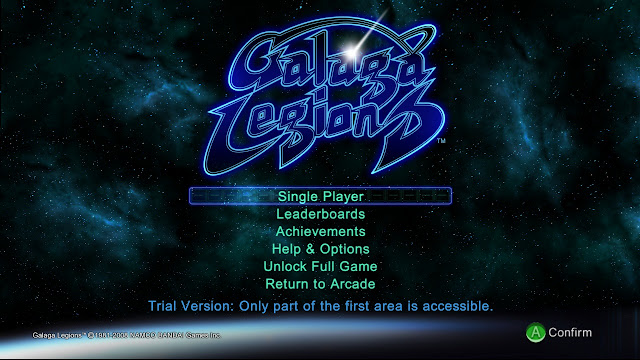 The game feels like Geometry Wars in which you can move across the whole screen; however you can only shoot up. This is where the satellites come in; you can place a satellite to shoot up, down, left and right with the right analogue stick, however the satellites stays static in that place until you go back to it and pick it up by moving over it. This is where I felt a little put off by this game, the original Galaga was nothing like this, it was more like a beefed up version of Space Invaders, where you can only move left and right and just shoot upwards. 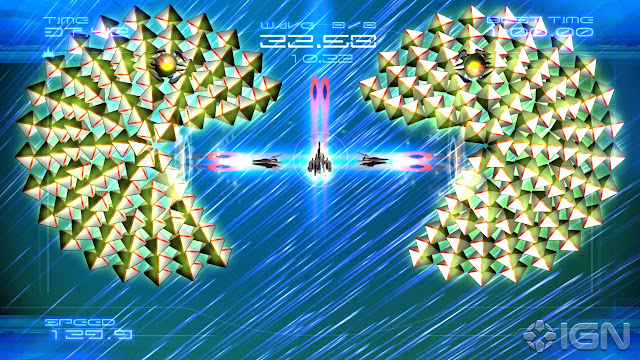 Another part of this game that I was disappointed with is it’s method of shooting, there’s two ways or doing this, Automatic and Manual mode. Automatic mode shoots lasers without the need to press the right trigger, whilst Manual mode needs the player to pull the right trigger in order to shoot; but the shooting it more like a modern Sh’mup where you create a horde of lasers rather than shooting individual lasers with multiple button presses. Plus the point to the original Galaga game was all to do with how accurate you gun down the aliens, but this is gone in this new game. In general the game doesn’t really feel like a Galaga game at all, and more like a new game that sports sprites that match those seen in the Galaga arcade game. 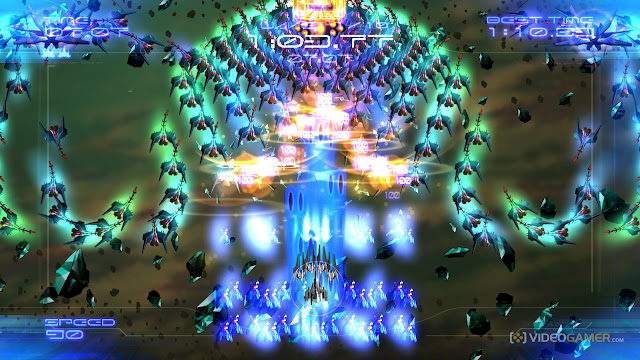 However I did find some things in the gameplay that I did enjoy. In certain points in each area of the game, a possession item will appear, the idea to this is that you keep on shooting it until it breaks, and it’ll cause a black hole that consumes all enemies on the screen. After a few seconds the consumed aliens will come back out, but they’ll be on your side and will allow you to shoot a huge barrage of lasers against the enemy, plus they can attach themselves to the satellites meaning that the added fire power can be shot in each direction. 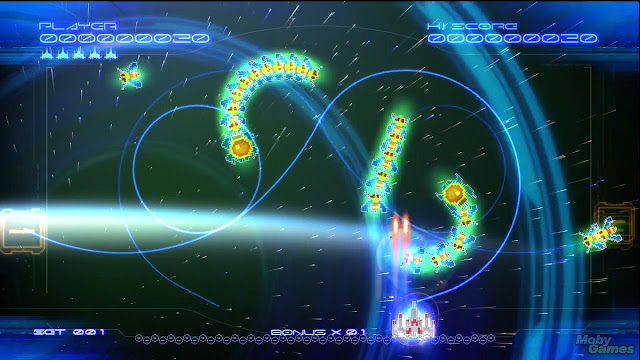 As for the graphics, the game is presented in a cool updated mode, which is pretty to look at. At the same time there are two different style modes, Original mode, where you get the updated looking ship, and Vintage mode, where you can play with the original ship seen in the arcade game; however in Vintage mode you’ll only get a sprite change, the background is the same like in Original mode. The game has a look that matches itself with Pac Man Championship Edition; Smooth, Updated, yet at the same time not totally over the top; which is good considering that we all know what happened to Sonic the Hedgehog. I wished that I own an HDTV to really see what this game is like in 720p.
Sound? Well the game features the original score heard from the arcade game, yet it remixes it into an awesome soundtrack. What’s nice about the music is that just like the graphics; it’s updated, but not totally over the top, and will leave you humming to it. Sound effects on the other hand are a little lack-luster, rather than coming up with new ways to update the classic sounds of lasers, alien swoops and explosions; it sticks to more of an Ikaruga style sound effects where the lasers and explosions match that of modern Sh’mups. It’s not a bad thing, but since PacMan C.E. managed to keep all the sound effects in place, you’d think they would do the same here. 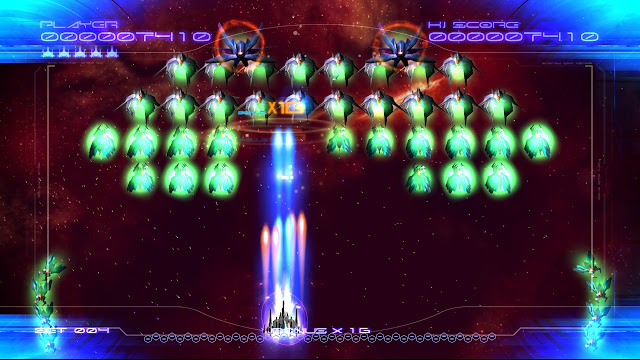 In conclusion, this is an OK game; it’s not bad, but it’s not amazing. If I was to compare games here; Pac Man C.E. is better than Galaga Legions, and so is Space Invaders Extreme. Space Invaders Extreme is a great example of how you reinvent an old game; Galaga Legions though isn’t quite there. As I mentioned above, it’s more of a new game that inherits graphics from an older game. I could easily think of plenty of ways to improve this game and make it feel like Galaga, just like how Pac Man C.E. was to Pac Man, and how Space Invaders Extreme was to Space Invaders. In my opinion Namco should have worked on this game a little longer and work in ways to make it feel a lot more like the classic arcade game. In the long run it’s not bad, and I’m not saying it totally stinks, but as I’ve played the original before, I was expecting more of the same, but it turns into something a lot more different. 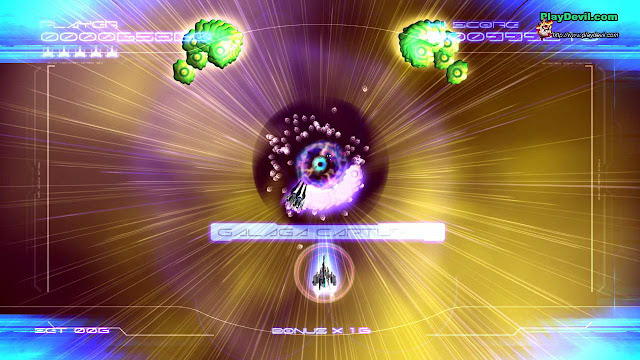 Should I recommend this game? This is where it gets tough… like I said, it’s not a bad game, but retro gamers may feel put off from its new gameplay mechanics. However the “Halo” crowd may enjoy this game, but will have no idea what its legacy is. For 800 Microsoft points, the game does feel a little steep considering that it feels like another twin stick shooter; its best that you download both demos of Legions and the Original arcade game onto your hard drive and personally decide which game you like better. In this case I would’ve chosen the original game, but hey, I wouldn’t be able to write this review without getting the full version of this game! 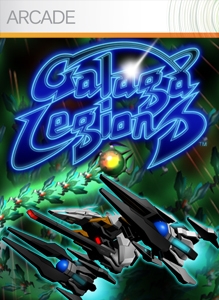