I have no idea how this came to mind, but remember those water games back in the eighties…? 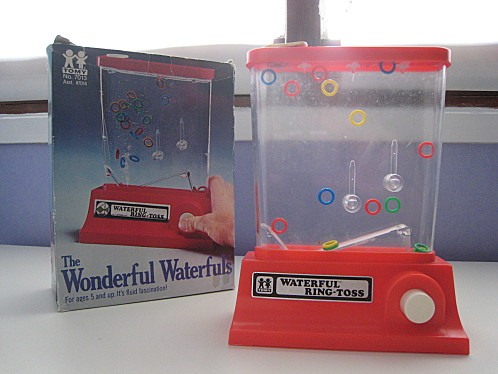 Yeah, for some odd reason, I reminded myself of these games. It’s simply a tank of water, a pump, some plastic rings and a set of hooks. The game is really simple, it’s a skill game where you press the button and depending on how hard you press the button the rings will get launched with an air bubble and you hope that you can get some rings on the hooks. Very similar to those ring toss games at fun fairs, except this is done with water, and made to look as if it’s a faux video game. 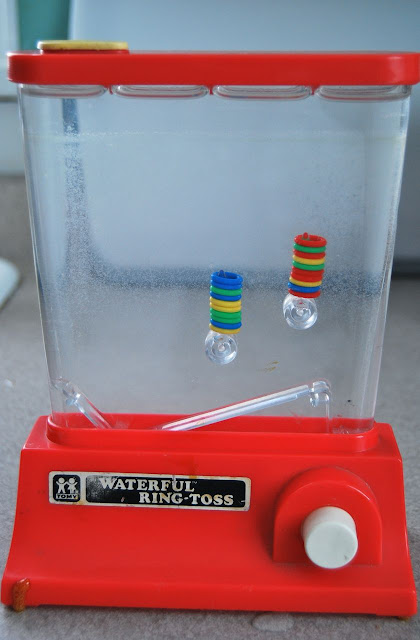 Ring-Toss was the most common Tomy water game that I used to see in the eighties and early nineties. 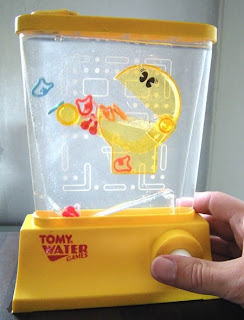 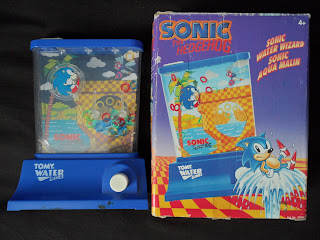 There were a few Tomy Water games based on actual video games. 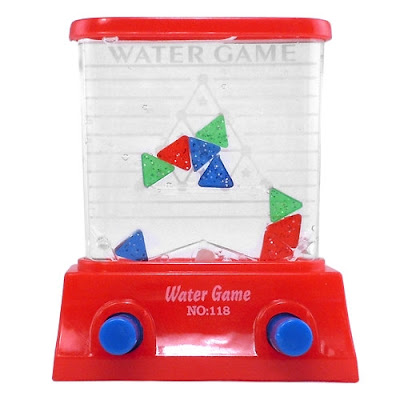 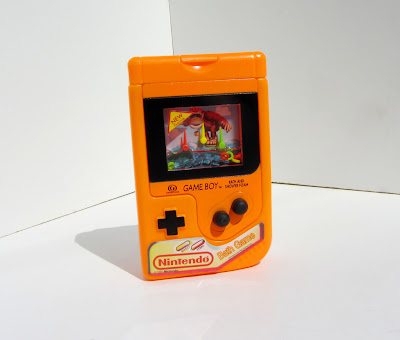 I never owned any of the water games back as a kid, however in 1997, I received this GameBoy shaped water game, with shower gel inside, at Christmas; along with my copy of Lylat Wars on the N64, and a second controller. Made by Grosvenor, not Tomy, the game was pretty the classic ring toss game of old, except this time there were two pumps. These were on the A and B buttons on the GameBoy shaped water game (the d-pad is just decoration), the B button would control a pump on the left hand side of the screen, and the A button would control the pump on the right hand side of the screen. So yeah, Ring toss with two pumps! Well, at the time, with my N64 and all, a Water Game wasn’t terribly exciting, and the most use that it ever got was to use it’s generic smelling shower gel. But if I got this as a kid of 6 years old I would’ve loved the damn thing!

For some reason I wanted one as a kid, but never asked for it… Maybe there was just some toy I wanted over the Water game that I got instead, but I just look at these with rose tinted eyes and remember the late eighties and early nineties… UPDATE: After talking to Focus from the GameGavel forums about water games, he told me that he has one on his iPhone, so after a bit of searching, low and behold, there’s a water game app you can get on iOS and Android…  Crazy…  It’s fortunate that it’s free, I wouldn’t pay for it! >:P