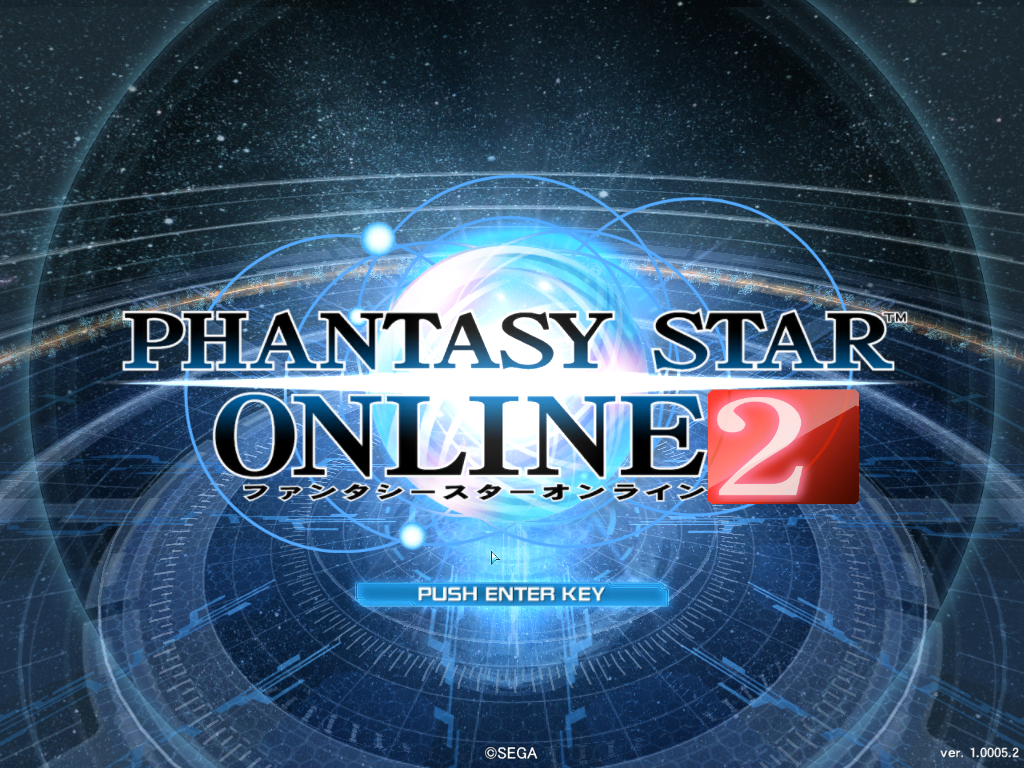 Back when Phantasy Star Online, or just “PSO”, was on the GameCube, I was addicted to it, it was the first, and only MMO that I got into. I even went out and got the sub-par PSO Episode 3. Since then Phantasy Star Universe came out for the XBox360, PS2, and PC, but that was a really bad game that regretted buying… Back in early 2011 Sega announced Phantasy Star 2, a free-to-play MMO on the PC that was planned to be release in Japan in mid 2012. After the Japanese Beta testing was over, Sega announced in August of 2012 that PSO2 would be getting a western release in the first quarter of 2013 at PAX expo. Well, it’s now summer, and there’s still no “real” way to play this game in English!

Japan has had access to this game now for nearly a year. Now technically, I could download and play this game. But there’s a language barrier, and since I can’t read any Japanese, all except the Japanese letter “no” の. Only knowing one letter of the Japanese alphabet isn’t going to help in the slightest. But there is a solution…

There’s an unofficial patch made available that translates the game into English. I could do this, but I honestly wish that Sega would just go and release the English version already. The only reason for why they might not be releasing it could be due to a lack of popularity in the series. But back in my PSO days there were plenty of forums with people helping out other PSO players. This was how I really got into this, I was in a clan called “The Brotherhood of Medion” and they were a group of really nice and friendly people who wanted everyone to be good at the game. I tried to get into other MMOs such as Final Fantasy XI and Monster Hunter, but I always felt that those games didn’t the same kind of people compared to when I used to play PSO. If I go and patch the game, I hope it a good one. The guys over at the Sanctuary Crew Twitch TV page play the game a fair bit, and I just want to play it!